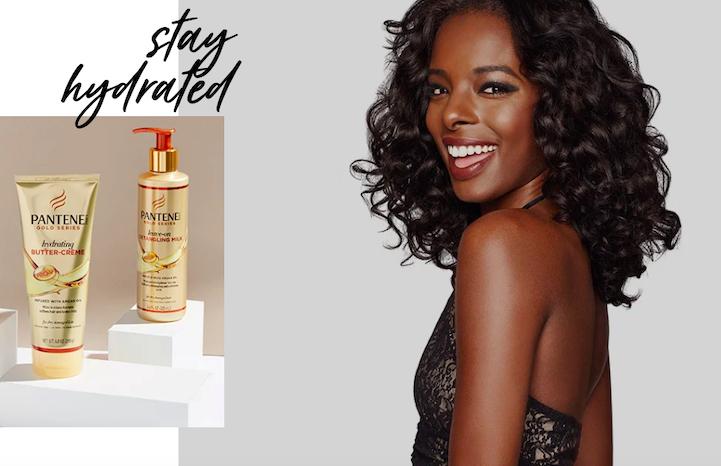 Hello! Recently, YouTube promotions have attracted attention due to the rise of YouTube as a media outlet.In particular, YouTubers are very influential overseas, and there are many related articles. However, when it comes to promoting on YouTube, you may wonder, "Is it effective?" and "How influential are YouTubers?"Therefore, I would like to translate and deliver the latest information about YouTubers from overseas sites on this page! This is the third article about what kind of influencer marketing PANTENE.


PANTENE has made several significant advances in influencer marketing over the past few years. In 2016, PANTENE partnered with Chiara Ferragni, one of the world's top fashion bloggers, to make her a brand ambassador and official Pantene influencer.


This is not the first time P&G (a company that sells Pantene) has demonstrated social media readiness. Last year, Twitch, YouTube, and Facebook Live hosted a user-controlled live fault course for the Old Spice brand.


The campaign focused on the gold series being developed by a team of African-American scientists.


·By utilizing influencers below the mid-tier, strong engagement should be achieved among viewers who are small but persistent fans.


The use of hashtags throughout Pantene marketing campaigns was relatively consistent: #PantenePartner; #GoldSeries; and #PanteneHair were commonly used. The campaign-specific tag was #SoulBehindTheScience, which was used in a total of 30 posts.


Most Pantene influencer chose tag #PantenePartner instead of generic #ad or #sponsored tags.This is typically recommended for influencers to address FTC regulations.


Comments varied between influencers, but virtually everyone left phrases that encouraged followers to share their thoughts through introducing URLs and comments where they could buy products.


Targeting people of color was an important part of Pantene's marketing campaign strategy. In almost every post, the Gold Series was created by a team of African-American scientists and appeals to the understanding of African ancestors' hair.


According to this article, Chizi Duru is the most influential influencer in Pantene influencer. She has 122,000 Instagram followers, and her YouTube videos average 25,000-100,000 views, firmly settling in the middle of influencer. Her Instagram video was a short montage of her hair routine, but her YouTube video featured more detailed usage. In addition, she posted a photo of her posing with a gold series product on Instagram.


Chizi's Instagram video had an engagement rate of 10.21%, with 4,988 likes and 228 comments. Her YouTube video received 96,801 views. This exceeds the average number of views of videos on her channel. Both hashtags in her Instagram post were consistent with brand messages, including the campaign tag #SoulBehindTheScience.


Beauty and style influencer Nneoma is one of the biggest influencers in the campaign and Instagram has 100,000 followers. As a mid-tier influencer, she usually posts about fashion and cosmetics. Her comments were moderate in length with CTA and campaign tag #SoulBehindTheScience.


Her post received 4,650 likes and 185 comments with a total engagement rate of 4.84%. The campaign Micro influencer is 1% higher on average than the mid-tier influencer, indicating that Micro Pantene influencer is relatively more successful.


Harris Janae is an influencer, a Pantene partner in the campaign. She has 65,800 followers on Instagram, and her videos also feature hair routines using Pantene products. She explained every step of her hair routine using her comment section.


With 57,225 views, her Instagram post was the highest among the Pantene influencers surveyed. Her post received 6,149 high reviews and 137 comments. This represents an incredible 10.98% engagement rate.


Lisa Jean-Francois is a micro-influencer with 36,000 followers on Instagram. Her posts usually feature her and her family in addition to uploading her fashion, beauty, and lifestyle.


Unlike previous influencers, her Instagram posts are organized as product reviews, not tutorials or routines. Her comments are positive about the product and add phrases that encourage people to buy gold series products from Wal-Mart.


Her video received 3,556 views, 713 likes, and 59 comments, the highest engagement rate among influencers involved in the campaign, at 21.65%. This demonstrates a common tendency that Micro influencer is still important to campaigns and provide significant involvement among loyal followers of marketers.


the highlights of this article


• Pantene used micro and mid-tier influencers for its campaigns and did not use macro or mega influencers.


·Pantene's influencer also uses YouTube as a platform, and Pantene seems to recognize cosmetics PR, which is popular on the platform, as a marketing opportunity.


How was the above article about Pantene's influencer PR? As mentioned in the point of the article, small influencers can earn more engagement than medium influencers in the pursuit of this article. Wouldn't this fact be helpful for SMEs to conduct PR in influencers? If you are interested in promoting using influencers such as YouTubers, please contact PROMO JAPAN! We may be able to introduce you to an influencer, which is in partnership with our company! Please come to the following site! PROMO JAPAN Reference: https://mediakix.com/blog/pantene-influencer-marketing-case-study-instagram-youtube/https://www.google.com/url?sa=i&url=https%3A%2F%2Fpantene.jp%2Fja-jp&psig=AOvVaw3CJLP6MeYvB_pDHTTUT4tt&ust=1592637338212000&source=images&cd=vfe&ved=0CAIQjRxqFwoTCKjTvsiqjeoCFQAAAAAdAAAAABAF